Telling the tales of our first lady

The first New Zealander to have full gender reassignment surgery and have the sex on her birth certificate changed has told her compelling life story in a book co-written by Ali Mau. 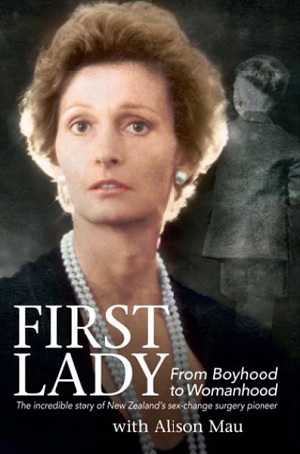 Roberts really does have some stories to tell. You'd be best to read the book yourself, but in her 72 rich years she's knocked down barriers countless times. After a rough childhood, in 1969 she was the first New Zealander to undergo full gender reassignment surgery. Getting her birth certificate changed, she broke legal ground across the Commonwealth.

But it was a painful ride through surgical experimentation, during which Roberts, in a life punctuated by some memorable characters and the heady world of high fashion, somehow kept her forthrightness, humour and heart in the face of strange reproach, prison time and agony.

Roberts had already started writing her life story some years ago. 'I sent it away to be proof read and when it came back it was so sanitised, I just threw it out,' she tells GayNZ.com.

Enter broadcaster and journalist Ali Mau. The pair first had contact in July 2012, after Mau was on TVNZ's Close Up arguing for marriage equality. Roberts called TVNZ the next day to say she thought Mau had done a good job.

'We started chatting during that first phone call, and within half an hour I knew I wanted to write her book. I was stunned that no-one had already stumbled across it, to be honest,' Mau says.

'We met, she came to my 70th birthday actually, and started chatting,' Roberts recalls of the next step. 'Then we spent two years on this book, and here we are now.'

Roberts just laid it all out, telling Mau everything and giving her access to paperwork and people. 'It wasn't chronologically. One thing would just lead to another and I would go and find documents and bits and pieces. It was never really '4,6,8' or anything like that. I didn't want it to read like that either. I just wanted to sound as though I was telling the person the story, and I think she's done quite a good job there.'

She shed a few tears reading the final result. 'I had a lump in my throat a few times.'

When it's pointed out she has been through a lot, she says looking back she supposes she has. 'But at the time you just don't think about it. You just keep going on don't you?'

Roberts is frank 'the multiple surgeries she had were 'hell'. Not all of them, but one in particular in Auckland at National Women's was horrendous.' 'Not just the surgery, but the behaviour of the nurses, was unbelievable. It was the early 70s and when I think back I should not be surprised. But it was a horrendous amount of cutting and dicing and slicing and god knows what. And then having to live with glass dilators and things inside me and stitched up with packing inside, it was hideous.'

'I never, ever, ever told anybody really. I thought 'I've done this I can't complain about it'. But I did go through a lot of trauma really.'

It was a long way before the days of media darlings like Caitlyn Jenner and Laverne Cox. Transgender awareness would have been almost nil. Roberts tries not think back too much though. And she doesn't things have actually changed too much in many areas of the community. 'There's still the bitchiness and the nastiness that goes on. I have only got a couple of friends who are gay. I just prefer to live getting on with my work and my other friends.'

She's hesitant to give advice or recommendations to people about surgery, saying she's not in a position to do so ' and what right for her might not necessarily be right for somebody else. She is clear on one thing though - it's not a piece of cake. 'And if it is a piece of cake, they're lucky to be that rich.'

Roberts laughs as she adds, 'It's still the luck of the draw. Like people who go overseas to have a facelift and come back with one side up and one side down.' 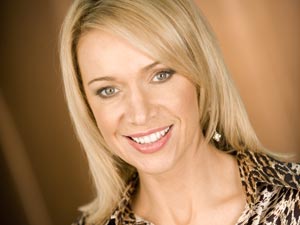 The way she quips, it's not surprising that Ali Mau found Roberts' 'black as coal' sense of humour one of the most enjoyable parts of the writing process.

'In our many hours of interviews, even when we were going over the most painful of memories, she could make me laugh.'

She also admires Roberts' ability to accept what life's handed her, and says she never set out to push any boundaries, or make history.

'She simply knew what she needed to live her life fully from the time she was quite small, and she went out and got it, which I think is admirable.'

Mau says the fact that so much time passed between her original surgery and the change of birth certificate, and the later court action, meant her story wasn't really picked up on.

'Nevertheless, you can't discount the ground she broke. She was absolutely dogged in her efforts to find doctors, lawyers, psychiatrists and surgeons who would agree to help her, and most of those had never even considered such a path before. The fact that she was able to track down enlightened professionals, from her psychiatrist John Dobson in the 1960s, to the wonderful surgeon Peter Walker in the 90s, shows that anything's possible.'

Mau Roberts' life has given her an insight into how badly we treated people in the past, and the obstacles gay and trans people faced just to get by day to day.

Her stoicism through so many years of surgery is what stands out the most. 'Also her escape from New Zealand, the extraordinary journey to England by sea and the fun she obviously had in London in the swinging sixties. That part of the book has the most outrageous characters!'

'We've been working on this book together for three years, and during that time trans issues have become more and more visible in mainstream culture. I think it's a fortunate stroke of coincidental timing for this book, considering how long it's been in the pipeline, that this is something of a hot topic in 2015.

'Liz does not claim to provide any kind of blueprint for young trans people these days ' far from it. She is actually very old-school; a Christchurch lady. But even if her experience is significantly different from someone facing this path now, it's important to understand the history. Until now we have had to look overseas for stories of transgender people growing up in the 20th century. Now we have a New Zealand story. I think that's really important.'

Mau would like anyone who has ever wished they understood the trans experience a little better to read First Lady. 'It certainly does not describe everyone's experience, but it is one great example of a Kiwi brave enough to push the boundaries like never before.'

She recently had feedback from a reviewer who said they had not expected the book to be such an approachable, enjoyable read.

'He was unsure the subject matter 'was for him' but found when he started the book that he couldn't put it down. He described it as 'a story of the human spirit'. That's true I think; Liz's surgery and her struggle to live as woman is only part of a glorious, messy, glamorous, triumphant life story. There's plenty in there for everyone.'

Roberts lives a quiet life in Christchurch these days. In fact she says really, she always has led a quiet life.

'I'm quite happy with my work and my friends and my books and my dogs. I don't need to go around screaming away.'

She jokes she is planning to make a yashmak so she can still go out in her city without being recognised after the book's publicity.

Roberts doesn't feel like a pioneer. 'I feel like an old fossil,' she laughs. 'But look, I was the first legalised person in the Commonwealth and in New Zealand to have all my legality changed. And that was back in the 60s when everything was frowned upon. I got arrested so many times leaving my salon on a Saturday night dressed as woman, god, up to the police station, take my wig off, look up my dress 'S that went on for years and years. So I guess I have been a bit of a trailblazer.'

Her overall hope is that people who read the book just see it hasn't been a bed of roses. 'I'm not complaining. I don't regret any part of it. And there's no reason to. But if it just helps one person see there are pitfalls, then I guess it helps.'