For most of the past 100 years homosexuality was considered a mental illness in New Zealand and countries such as Australia, the UK and the USA. 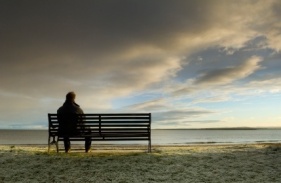 Eventually it was recognised that sexual orientation itself was a red herring when it came to the cause of mental illness among gay men. In fact, it was the experience of living in a society where gay men being open about their sexuality could expect rejection at best, and violence at worst, that often led to gay-related mental ill health.

Despite legislative changes in New Zealand since the 1980s which have helped many sectors of society accept glbt folk as people who are different, not worse, research published in 2005 by Otago University found young gay men experience mental health problems five times more often than young straight men. Being gay is associated with increasing rates of depression, anxiety, illicit drug dependence, suicidal thoughts and suicide bids.

In the UK, gay and bisexual men are over four times more likely to attempt suicide than straight men. New Zealand is unlikely to be much different.

So what are some of the sources of mental distress for gay men?

Growing up in a society where institutions and individuals are conditioned to expect everyone to live and behave as heterosexuals is a major contributor, according to UK gay advocacy organisation Stonewall. Gay people can internalise stigma, resulting in damage to self-esteem, self-image, and potentially self-hatred. Ironically, the prejudice experienced by gay men comes from much the same sources as for those experiencing mental illness: family, workmates and messages received from society at large, including even some medical professionals.

Gay men can feel doubly disconnected from society with our feelings for members of our own sex derided or making us victims of bullying or violence. We are not considered by many in society to be "real" men. For example, Irish pop star Brian McFadden, guesting on More FM in August last year stated: "Saying pink is a form of red is the same as saying homosexual is a form of male." Additionally, identity crises are also experienced by gay men from ethnic minorities who feel forced to choose between their cultural and sexual identity because of homophobia.

And the spectre of HIV and AIDS also loads an extra layer of pressure onto gay men who are 40 times more likely to be HIV positive than heterosexuals in New Zealand. Fighting internalised stigma to encourage self-esteem and safe sex practises has since the 1980s been an objective of  HIV and gay advocacy organisations. It's also an important strategy in addressing gay men's mental health.

Since the mid-1980s the New Zealand AIDS Foundation has provided counselling and therapy for gay and bisexual men through its Positive Health service in Auckland, Wellington and Christchurch. Its counsellors and therapists address living with HIV or AIDS, issues relating to gender or sexual identity, grief, relationships, treatment-related issues, reinforcing safe sexual behaviours and supporting healthy approaches to life.

Given the higher prevalence of mental health problems among gay men compared to heterosexual men, what are the factors which can improve wellness for gay men? In 1997 The National Lesbian and Gay Health Association in the USA published The Gay Men's Wellness Guide. It stresses the importance of self-acceptance.

"At the very least... you will have to come out to yourself... friends are almost always essential to the process, especially openly lesbian, gay, bisexual, and transgender friends or acquaintances. It's easier when you're not alone,"  says Guide author Robert E Penn. "As the gay son, you were encouraged to grow in every other aspect of your life except the one that promises to provide the greatest emotional fulfillment. Gay expression for the gay man is life. It opens the way to deep connection, romance, and well-rounded intimacy."

"The most important accomplishment any individual can achieve is to have a full, rich life," says Penn. this means "taking care of yourself [by] living openly, breaking the isolation, overcoming the secret shame of sexual orientation, and embracing sexuality."

Also important is overcoming barriers to intimacy that glbt men experience by internalising homophobia and messages from society about how men and women are supposed to be and to behave and to interact with each other. He suggests ways in which intimacy can be introduced into relationships include looking friends in the eye, encouraging non-erotic physical closeness, and communicating your feelings... letting friends know when you are concerned about them, want to see them, or miss them.

"You may have thought that intimacy requires loss of power. Or you may fear that... becoming feminine or giving up power are the worst fates possible," observes Penn. But intimate relationships, whether romantic or not, increase power. "Intimacy - the act of opening up to someone you like - improves your self-image," he notes.

He found that mental health service staff tended not to to raise sexuality as an issue, often out of fear of offending heterosexual clients or, if the client is gay but in denial, upsetting them while they are in a 'fragile' state. Fear of upsetting parents is an issue, even if homosexuality is raised indirectly, is an issue when dealing with young mental health clients.

The prevalent philosophy is to leave it up to the client to decide if he wishes to raise sexuality as an issue. Yet Semp's research discovered that this approach was fraught with difficulties, leading some services to believe that they have no gay clients, a belief that clearly sits at odds with statistics on homosexuality and mental health.

Semp recommends making the physical environment of mental health service providers affirmative by acknowledging of gay, lesbian, bisexual and transgender identities in pamphlets, posters and forms and ensuring that GLBT people are not treated as sick or even ignored. He recommends that mental health professionals support GLBT people to explore their sexual orientation and that they be aware of GLBT issues and understand how to respond appropriately to GLBT people. It can be done, as proven already by the AIDS Foundation.

A promising sign that the vulnerability of glbt people to mental health problems is being officially recognised is the current media campaign by the Ministry of Health. In currently raising the profile of depression and guiding sufferers to support it has produced a version of its advertising campaign specifically targeting glbt people.

Boiled down to its core, the Ministry's message is:

Don't let depression get the better of you.

It's a sad fact that gay people often face discrimination and bullying, and without support and respect from friends and family, this can set them up for becoming depressed.

Depression can be a serious illness, but there is a way through it.

This feature is largely based on an article recently authored by Chris Banks for the Mental Health Foundation, as condensed by GayNZ.com.