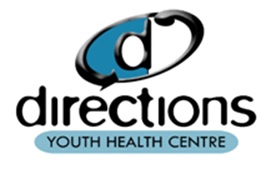 A group where young people who identify as Lesbian, Gay, Bisexual, Trans*, Intersex*, Queer*, or Questioning can support, listen, inform, socialise, and just be themselves in a fun, friendly, safe and confidential environment. It was started by a several Hawke’s Bay young people who approached Directions because they felt that there was a gap in social service support for youth who identified as anything other than straight (Heterosexual/Cisgender) or male and female. They wanted to create a safe social space where they were free to be who they wanted to be without prejudice or discrimination.

The group membership is made up of young people between the ages of 12 ‐ 22 years old (some age exceptions will be made) who live in the Hawke’s Bay district. Due to this group being a social group and a support group, members are expected to apply through self-directed interest and will be required to fill out a confidential application form and questionnaire, they can find the application form on the main page of our website.

Intersex*- Sometimes referred to as Third Gender, is a general term used for a variety of differences in which a person is born with a reproductive or sexual anatomy that doesn’t fit traditional societal or medical definitions of male or female and falls somewhere in between on a continuum.

Queer*- Is a reclaimed word that represents sexuality and gender difference. We use it to include lesbian, gay, bisexual, transgender, intersex, fa’afafine, and takataapui identities, as well as everyone questioning, in between and not sure. Although this word is used by many people, particularly young people, it is also appreciated that it is not the preferred term for everybody.