Exercising when you're sick? Go for it, and you might make yourself feel much better, writes GayNZ.com's fitness guru Julz Darroch. 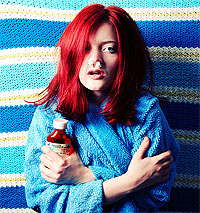 It's my personal favourite reason to avoid exercise, with "I just can't be bothered" following a close second.

The scary truth is that sometimes, some people actually want to exercise, even when they are a bit under the weather. So when is illness not a reason not to exercise and when is it better to just go for it?

It's a bit about symptoms and whether exercise is going to make you feel better or worse.

On the one hand, going out on a Friday night is pretty much the perfect exercise for many a party animal but the next morning is a different story.

While 'sweating out' a night on the turps is a common suggestion this will lead to more dehydration so the only exercise suggested for you is running to the nearest vessel for a power chunder. Stay in bed with a cup of tea and bad tele, no exercise for you matey the day after the night before.

Sorry couch potatoes, the jury has reported back on this and one of the best things you can do to prevent and manage diabetes is exercise! Lack of exercise and obesity caused by a bad diet is one of the leading causes of diabetes. It's not as hard as it sounds, walk down Queens St in a frock and it was called HERO and you loved it. In trainers it's called exercise, and no blisters!!

If you're stuck with one of those vaguely annoying 2 week semi sick numbers then you'll be fine to continue on with your workouts once the worst is over, adapting your routine for energy levels. Full on raging, want your Mama cold? Save your energy for getting well and take the week off the treadmill.

If you can't make it to the triple ply tissues without coughing up a lung then you're doing your respiratory system no good by getting your heart rate up. Stay away from the treadmill and overly active nookies til you can sing the chorus of cabaret without ending up looking like Liza Minnelli (have you seen her lately?)

No excuses not to exercise here, unless you're in the grips of a bad drug cocktail reaction.

Keeping fit and well is uber important and has been shown to reduce symptoms and effects of some medication- so it's off to the weights rack for you young man.

If you have succumbed to a virus that is making you tired and out of sorts it can be very frustrating to sit still as the weeks keep passing. It is for times like this that God invented Yoga and re-released 5 seasons of 21 Jump St, keep workouts gentle and sleep lots!

Another case of exercise being the cure. We're not talking the sudden onset type of depression you get as you look down at your expanding belly or the anxiety of exercising in public.

Just like really good drugs exercise can make you hap hap happy, it's not that us fitness types are stupid, it just looks like that cos we sooooo hap hap happy (and the good drugs).

So what's it to be? Not sick enough to avoid a workout? Off to work on some new excuses then.

Julz Darroch is a Wellington-based Personal Trainer and Fitness Educatorwith 15 years ofexperience in the fitness industry.

Send your fitness-related questions and personal training enquiries to julzdarroch@actrix.co.nz