A gay Pakistani man who spent more than half his life being bullied and berated for being different has been granted refugee status in New Zealand, by a Tribunal which says he has the right to be who he is, without discrimination. 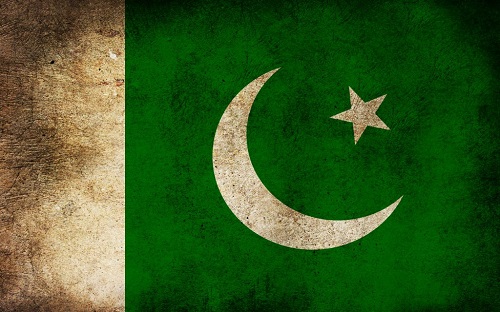 The story of “AO”

The man, in his 50s and dubbed “AO”, had a traditional and conservative Islamic upbringing in northern Pakistan. He told the Immigration and Protection Tribunal that from an early age he felt he was different from his brothers and from the local boys in his neighbourhood.

“It was also clear that they regarded him as different. He did not like to join in the games favoured by them and was continually bullied and ridiculed in the playground, and subjected to severe verbal abuse. He preferred the pastimes enjoyed by the local females,” the Tribunal states, in a copy of its judgement which has been released for research purposes.

“At home, the appellant’s father was perpetually disapproving of him. His brothers, embarrassed by the taunts aimed at them because of the appellant, also subjected him to beatings. These ranged in severity from trivial rough handling to the infliction of serious injury. On one occasion, while the appellant was still a secondary school student, one brother placed him in a headlock and then slammed his head against a wall.”

At the end of high school “AO” was awarded a scholarship to study art and design at university, which he said was a dream come true, but his father wouldn’t let him enroll as he said the course was ‘effeminate’.

He spent five years living with an aunt in the city studying subjects he had no interest in, and failed.

His time in the city did allow him to cautiously meet other men “like him” for the first time, and it was relief to be able to talk about his feelings.

Yet his life was not much different on the home front, with his male cousins bullying him, while his aunt and female cousins loved and accepted him.

Five years after the move he took an overdose of pills, attempting to take his own life. He spent three days in hospital before being picked up by his brothers, who took him home.

Rather than express concern about his state of mind, his brothers berated him for causing the family further embarrassment and for bringing shame upon his parents.

The man visited New Zealand in 1985, as his brothers thought it would be better to go somewhere else. However unable to speak English, he only stayed a little more than a month.

He then got a job with a family friend back in Pakistan.

Even when he was in his early 30s the bullying continued. In a fit of anger, his brother once stabbed him in the back with a garden implement, as he tried to run away. His parents treated his injury at home because they were afraid that the incident might be escalated if they sought hospital treatment. He still bears a scar from the wound.

Living in a small village, his confidence was eroded as everyone knew each other’s business. He felt he couldn’t leave home without people making fun of the way he looked and his mannerisms.

“The verbal abuse to which he was subjected was scathing and incessant. He spent most of his time in the company of his mother and sisters, and was generally prevented from socialising with visitors who called upon the family home.”

All his siblings entered into arranged marriages and he was under pressure to do the same.

His father died some years ago, but his mother, now in her 90s, still talks of wanting to see him married before she dies. While in Pakistan he evaded the issue. He made excuses such as wanting to save more money before settling down.

“AO” believes his brothers know he is gay, but it’s something he has not acknowledged it to any member of his family. He says within his local community, and Pakistan as a whole, it is not possible for him to do so. Societal attitudes are underpinned by Islamic teachings, which regard homosexuality as an abomination.

“The treatment he received because he was different was bad enough,” the judgement reads. “It was common knowledge that anyone who was openly found to be gay could be stoned to death or killed by some other means.”

An escape to New Zealand 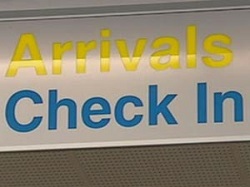 A long-time family friend who is a New Zealand citizen eventually helped him leave Pakistan and come to New Zealand, by acting as a sponsor, in 1999.

The man was still too afraid to come out in New Zealand, where he was dependent on the Pakistani community, and was unaware his sexuality could be a reason for appealing for refugee status. He withdrew a refugee status claim based on his membership of the Pakistan People’s Party and paid a New Zealand woman $2,000 to marry him in 2002, with a promise of more money should he be granted residence. However Immigration New Zealand saw through the sham, his application for residence was ultimately declined and he was eventually declined a further work permit in September 2005.

He then lived in New Zealand illegally, surviving through a number of low-paid jobs and the support of a small circle of friends.

Overtures of marriage came from the Pakistani community, and one conversation about that subject led him to tell the man who had sponsored him to come to New Zealand that he was gay, in 2010. His friend then helped him find a legal advisor and requests for help were put to the Immigration Minister on his behalf.

Those moves were unsuccessful, but he applied for refugee and protected person status in September 2011. This was denied, and he appealed to the Immigration and Protection Tribunal.

He told the Tribunal the prospect of returning to his home in Pakistan was unthinkable. It would be impossible to acknowledge his sexuality, and he would continue to be subjected to abuse and to discrimination. The constant verbal abuse had brought him to the point of attempting to take his own life in the past, and he would have no recourse to protection against the threat of physical harm.

For him to approach the police would simply be to invite further abuse. He believes that he would be subjected to increasing pressure to marry, to offset the shame and scandal that would be visited upon his family if he were to remain single. He would not be able to marry a woman. His failure to consummate the relationship would give rise to problems with the family of the bride, and quite apart from that, his integrity would not allow him to do so. He has previously rejected genuine offers of marriage from women in New Zealand because he did not think it fair to them

His evidence was backed up by a transgender “kindred spirit” who left Pakistan for New Zealand around 2000 after being bullied and harassed. He was also supported by the man who sponsored him, still a friend of his family’s, who says there would be ‘serious consequences’ if he returned to Pakistan. A gay New Zealand friend he met through the community also gave evidence he is “in no doubt” AO is gay.

The Tribunal was satisfied his account was credible. In making its decision, it takes a close look at the situation for gay Pakistanis, referring to Pakistan’s Penal Code that says men can be jailed for having sex with other men, and its Islamic laws that say gay men can be stoned to death.

“The existence of laws criminalising same-sex sexual activity does not in itself mean that homosexuals are at risk of being persecuted. However it does colour the context within which the predicament of homosexuals in Pakistan is assessed,” the Tribunal says.

It adds that while cases may be rarely prosecuted, the laws underpin a religious, social and political environment in which gay men or women are unable to disclose their sexual orientation, in a place without anti-discrimination laws.

In granting him refugee status, the Tribunal says the man wants to live as he is, something he would not be able to do in Pakistan.

“If his sexuality were to become apparent it is clear from the country information that there is a real chance that he would be exposed to serious harm. It may be in the form of assault or arbitrary detention. It could be worse

“Of equal importance, however, is the fact that the appellant is under no obligation to attempt to avoid exposure to such forms of harm by seeking to suppress his sexuality. He has the right to live a meaningful private life, and the right to be treated equally and without discrimination.”